The Nootroo 5.0 Formula represents a shift in the design of our products from an “all-in-one” to an “à la carte” approach. The prior formula was based on the combination of two different stacks (synergistic ingredients), a nootropic one and an energy+calming one.

The nootropic molecules, noopept and phenylpiracetam, when stacked with choline are said to have “profound effects,” significantly better than either ingredient alone. And caffeine is known to have a synergy when stacked with L-theanine, where the calming properties of the L-theanine modulate the intensity of caffeine. As an all-in-one stack, the prior formula is pretty much unmatched, but the combination also limits the times when you might solely want the nootropic boost.

We have now separated the two stacks into their own formulas so that you have more flexibility in which effects you want and when. The other benefit is that we have used the freed up space in both the Gold and Silver Formulas to improve them and make them “more nootropic.” We used most of the freed up space to significantly increase the level of citicoline and moderately increase noopept in the Gold Formula and phenylpiracetam in the Silver Formula. 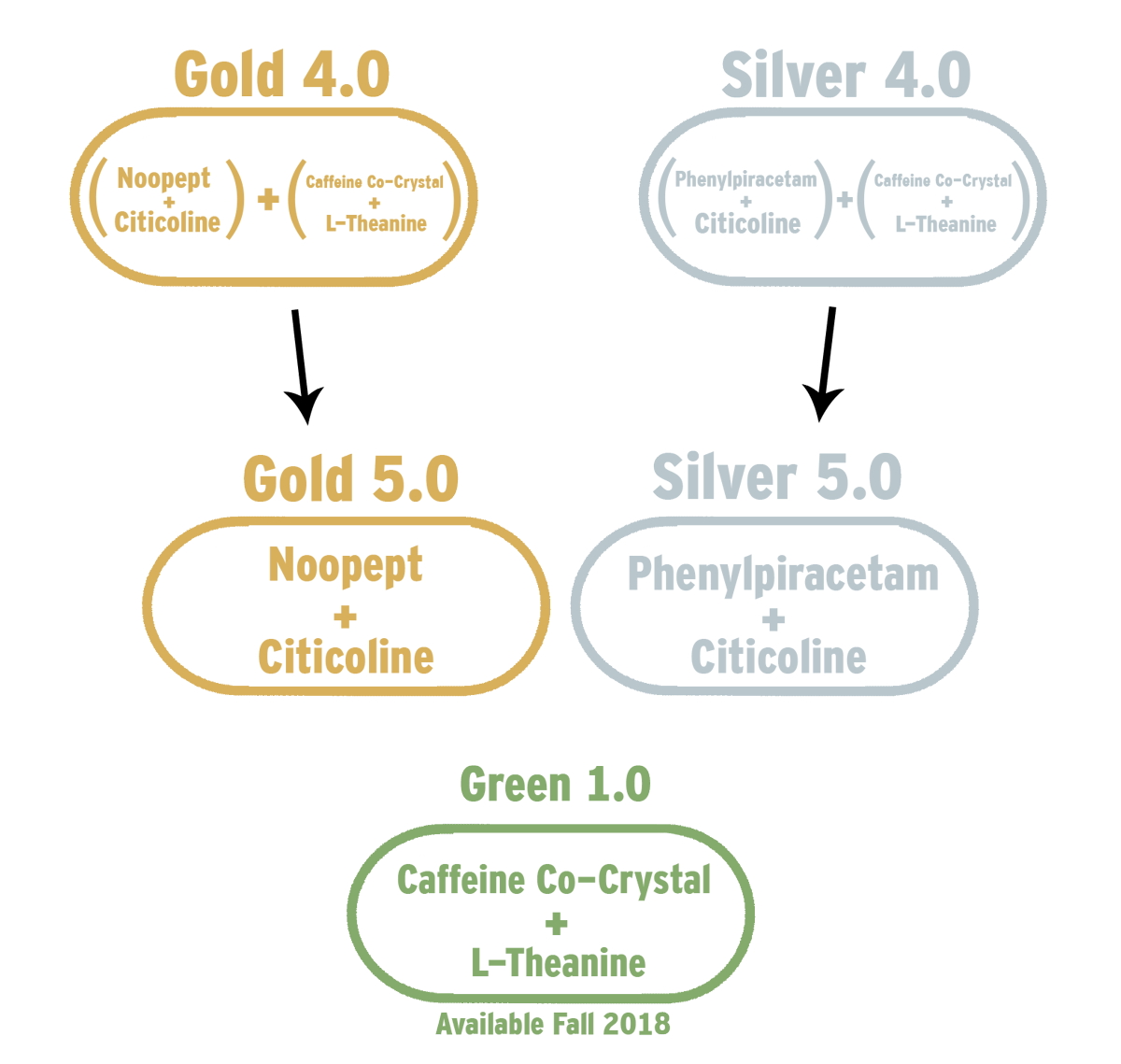 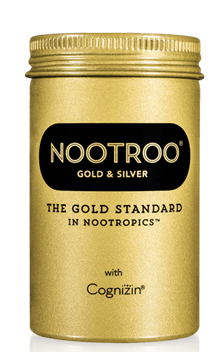 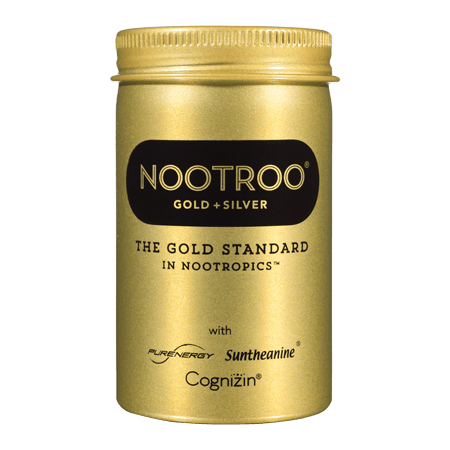 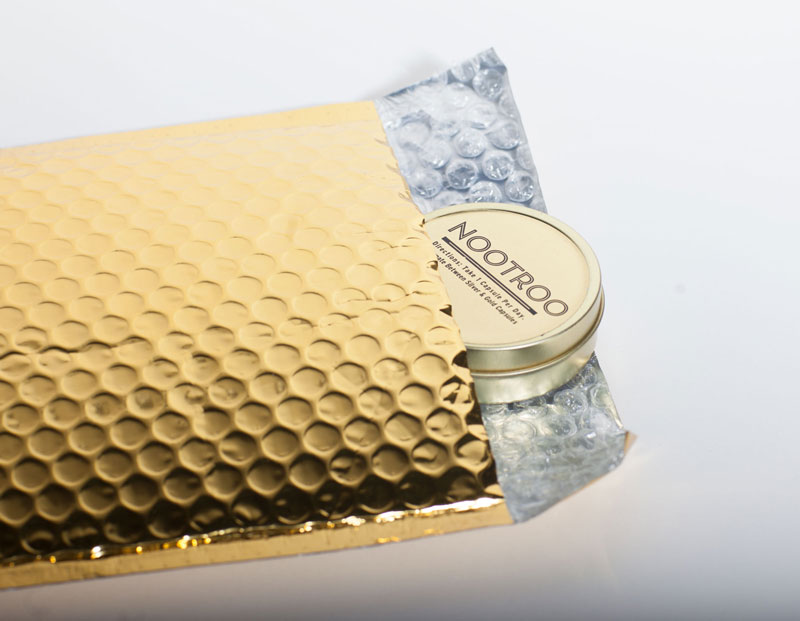